Joint Start in the Professional World 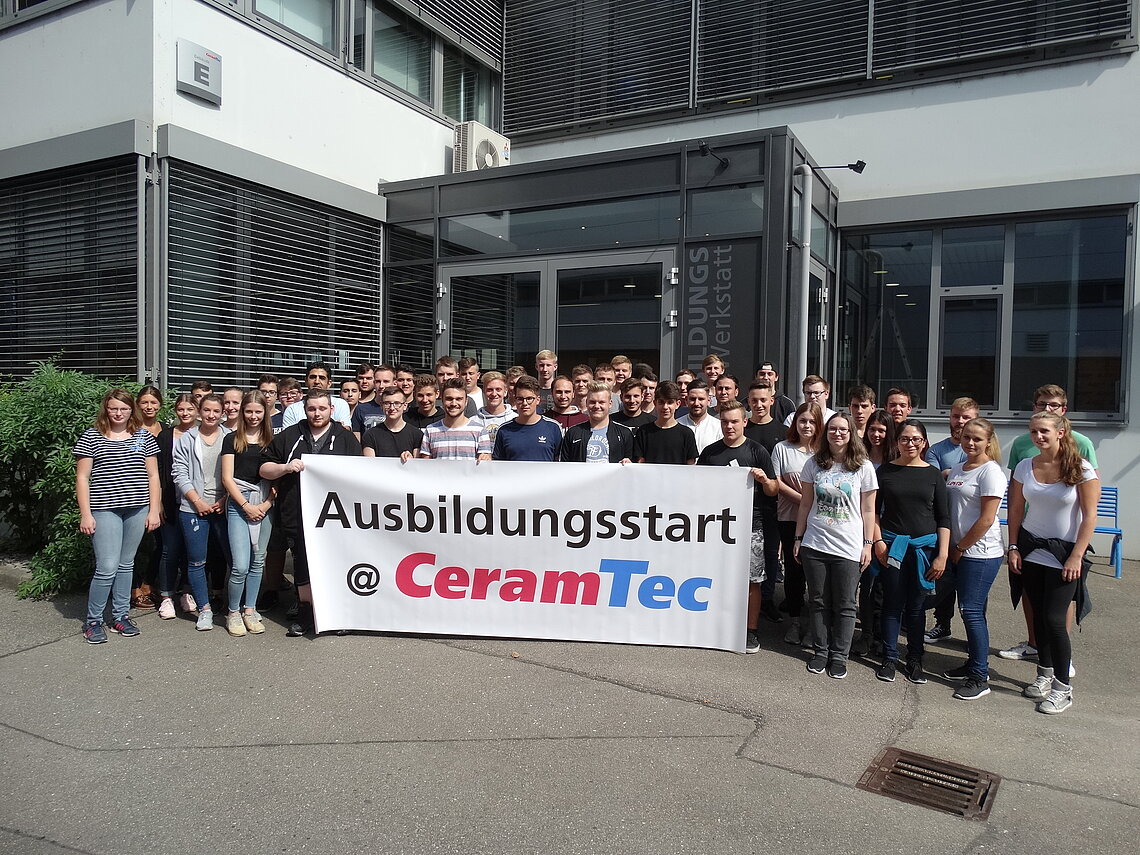 All 52 new CeramTec’ers met at the Plochingen location to mark the beginning of the 2018/2019 training year. Having already been welcomed aboard at their actual locations at the beginning of the week, trainees from Marktredwitz and Lauf were called to the Swabian headquarters in Plochingen after just a few days to join their colleagues stationed there.

After a joint lunch and a word of welcome, the trainees were first given basic information about the company itself, its quality standards and some of its departments. Over these three days the new trainees got to know all three company departments in Plochingen and got a look behind the scenes in guided tours.

What’s more, the second day had its fair share of action: during a team training exercise in Reutlingen, the newcomers had to work together to build seaworthy rafts out of poles, empty barrels and rope. Laughter and fun were high on the agenda and teams reveled in their success as they put the rafts out onto the Neckar river.

The trainee camp was rounded out by a seminar on business etiquette, which was full of valuable tips on how to navigate the professional world.