Award for best apprentice from DIHK 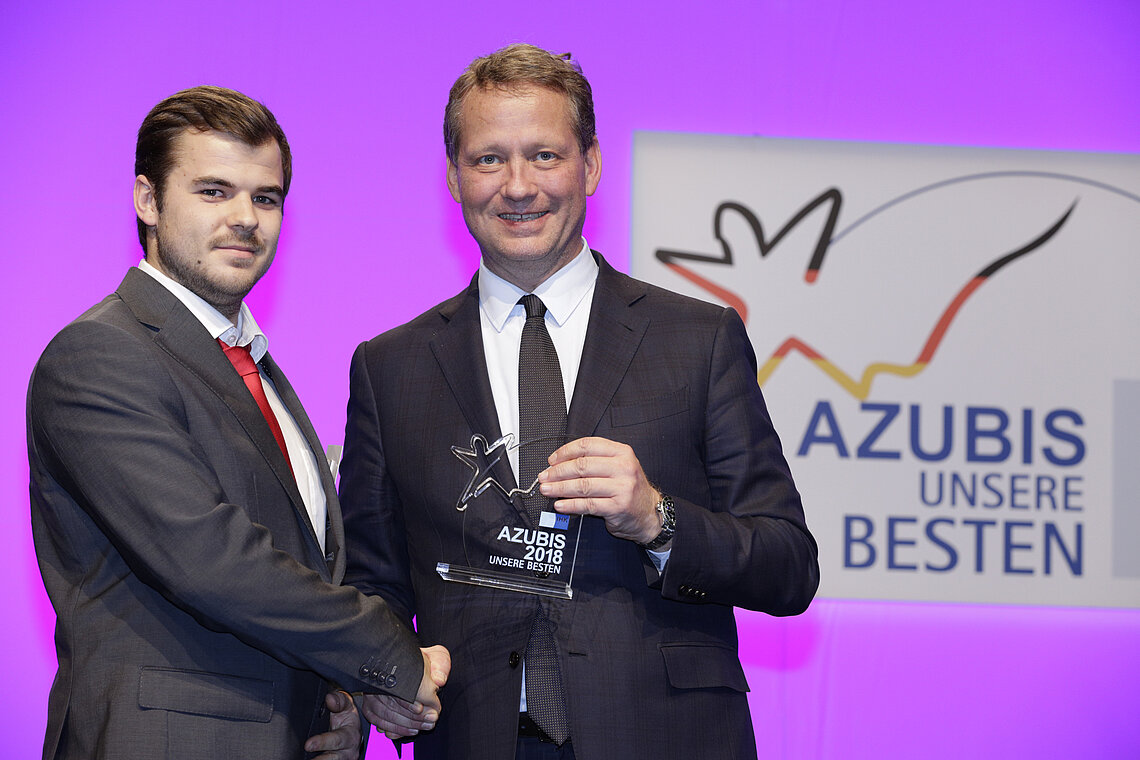 On 3 December, the awards for the nation’s best IHK (Chamber of Commerce and Industry) apprentices were presented in Berlin for the 13th time. Among them: Nico Groß, who completed his apprenticeship as an industrial mechanic at CeramTec in Lauf near Nuremberg. He is one of the 213 best in their apprenticeship profession, among approx. 300,000 exam candidates. Eric Schweitzer, President of the Association of German Chambers of Commerce and Industry (DIHK), and German Federal President Frank-Walter Steinmeier congratulated the young people and their training companies.

As an international company, CeramTec offers over 100 apprentices the opportunity to find their way into a variety of professions. After finishing school in September 2015, Nico Groß started his shortened three-year apprenticeship as an industrial mechanic with the ceramics specialist in Lauf. At the end of 2018, he has now not only obtained his qualification with the perfect grade of 1.0, but with 99 out of 100 points is also the nation’s best apprentice in his profession. This performance is even more impressive considering that tens of thousands of apprentices start out in this specific profession every year. For his exceptional performance, he received a trophy and a certificate at the national award ceremony in Berlin. In addition to parents and other family members, the ceremony was attended by Hubert Sellner as the apprenticeship manager in Lauf, vocational school teachers, members of the German parliament as well as presidents and chief executives of the Chambers of Commerce and Industry. German actress Barbara Schöneberger hosted the event, which was also streamed on the Internet.

Career paths after the successful apprenticeship are very varied – there are many options from a direct start into the profession to further training or degree courses. Nico Groß decided to take up the offer of remaining at CeramTec to further develop his skills during a degree course with an in-depth practical component. He will be studying at the polytechnic in Amberg and work at the Project Engineering department in Lauf when he is not attending lectures. The award is also an acknowledgement of the work of apprenticeship departments at the Ceramics Specialists, who offer a high-quality start into working life for young people.